So… I went to the beach during a tsunami warning.

Apparently the earthquake happened Monday night, but I couldn’t tell you a lot about it, as I slept through the whole thing. I awoke Tuesday morning to the news that school had been canceled and found out later it would be for the rest of the week. My fellow volunteers and I wanted to take the opportunity of a long weekend to check out a further-away destination, but nothing seemed quite right. October is peak rainy season in Nicaragua, and it seemed all the highlands were flooded. I had already spent two weeks in Leon, and there weren’t any other cities within long-weekend distance that were particularly calling my name. The only option left was the beach, except that the tsunami warning was still in effect. But by Friday morning most news agencies in Nicaragua were reporting the threat to be extremely unlikely, so we decided to go for it.

We took two buses and a taxi to get to the coast, and by the time we could smell the ocean it was too dark to see. We were heading to Surfing Turtle Lodge on Isla Los Brasiles, and we were still a boat ride away from our destination. I asked the taxi driver if he thought the boats would still take us in the dark. “Con suerte,” he shrugged. With luck.

Luck was on our side. Not only would the boat operator still take us, he would wait while we ate dinner at a local restaurant. We had read that the lodge was the only facility on the beach, and so thought it might be cheaper to catch dinner before we got there. Plus it was late, and we were hungry.

Our meal was fairly ordinary, highlighted by the repeated near-misses of dozens of bats that flew frantically in and out of the dining room’s thatched roof. One of our party declared it common for bats to get tangled in human hair, and so we girls decided to lay scarfs over our heads just in case. Our waitress laughed hard when we asked if this was a real occurrence (the answer was no).

Our bellies full, we headed into the dark and a fairly pleasant drizzle. We giggled nervously as our driver navigated the river and shore by flashlight, and only minutes later we pulled safely to land. Next came a long walk along a beach we could barely see, but the white foam of the waves to my left was still visible in the darkness, and I was excited to be reunited with the Pacific Ocean for the first time since Mexico.

Finally we arrived to the Surfing Turtle. Exhausted from our long day of travel, the night ended young.

I awoke to a tap on the foot from a friend at 5:30 in the morning. He was an early riser, and I’d asked him to get me up to watch the sunrise. The early hours of the day are something I love to see, but my bias towards my bed often keeps me from it. I try to take advantages of opportunities that arise to overcome my natural state of lazy. Especially when I’m on the beach. There would be hours of napping ahead.

The morning was still grey from the previous night’s rain, but a small pocket of pink sun was revealing itself behind the lodge. To the west the beach was quiet and the waves strong. I allowed the surf to touch my toes and reveled in the warmth of the water. I was happy.

What followed were several gluttonous hours of lounging beachside. The lodge had plenty of options for those of us inclined towards rest. Beach chairs, cushions, and hammocks abounded, and I was happy to move among them for the day. The one disappointment of that beautiful day was that a recent injury was too raw to safely swim, but I was content to watch the waves crash and the sky change colors. 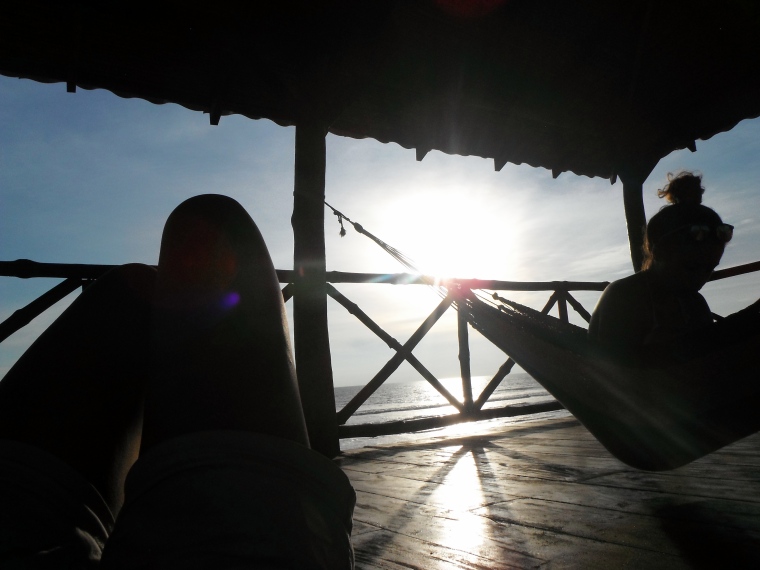 Eight of us headed to the beach on Friday, and on Saturday afternoon most departed for Leon and a ride down the Cerro Negro Volcano. Since I had already experienced that particular adventure, I decided to stay behind with two others, and the evening continued casually with drinks on the beach under the Milky Way. Later a massive thunderstorm rolled in, and we watched from the safety of the open-air common area as lightening lit the night over and over.

I woke up the next morning wishing I could stay longer. But the knowledge of our pending departure left me determined to complete the one task I had not yet enjoyed in this paradise: a dip in the ocean.

The beach here was not calm, though it looks so in the photos. The waves crashed hard and a bit big for my liking, and signs advertised a strong rip current. As I stood on the edge of the water watching my friends dive in, I was taken back to my first dip in the Pacific nearly two years ago. Two years, I thought to myself. How has it been so long?

Finally I got in, my heart racing as I dived below the first wave. I was scared, but, as I always am in the water, joyful.

After a bit of time (though admittedly, not much), I started to feel uneasy at the speed with which the current was moving us into rougher waters. I’ve learned my lesson when it comes to testing the patience of the Pacific. It was time to get out.

We three beach bums enjoyed a last large breakfast before turning left on the sand for our walk to the boats. It was a long day of travel home, but I was rested and tan and happy. My mind wandered as we stood on the side of the road in a small town waiting for the bus. We braved two full days of travel and a tsunami warning for this beach, and it was so worth it. 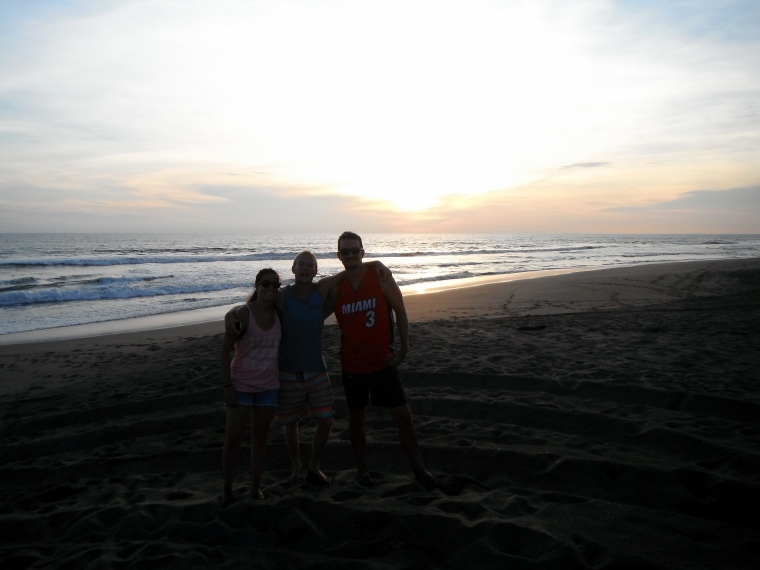 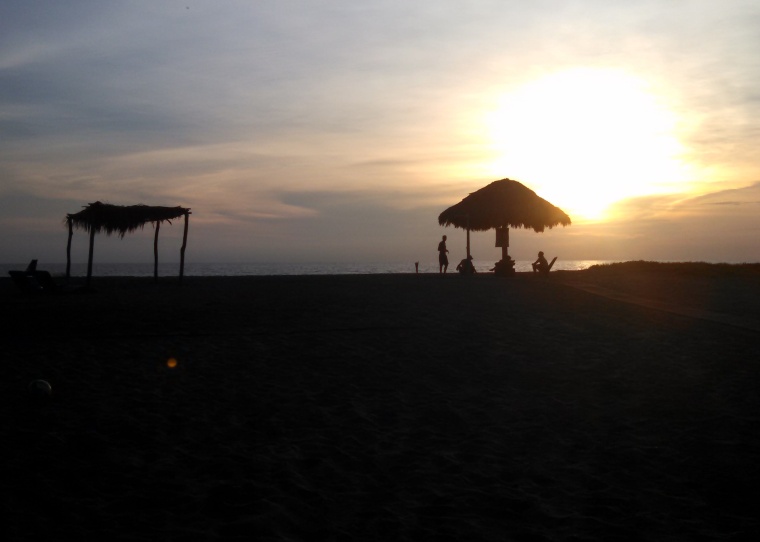 4 thoughts on “Surfing Turtle Lodge: Worth The Trip”