I’ve written a lot about all the places I visited while living in Nicaragua. There were treehouses in the rainforest, beautiful lagoons, volcanoes, islands, beach towns, and paradises. But now that I’m back in the US, none of those places stick with me like my home-base in the country: Granada.

I spent ten weeks living and working in this town, but for as well as I’ve come to know it, I struggle to describe it. It’s a place full of contradictions: part stunning, part ugly; part peaceful, part loud; part scary, part safe. 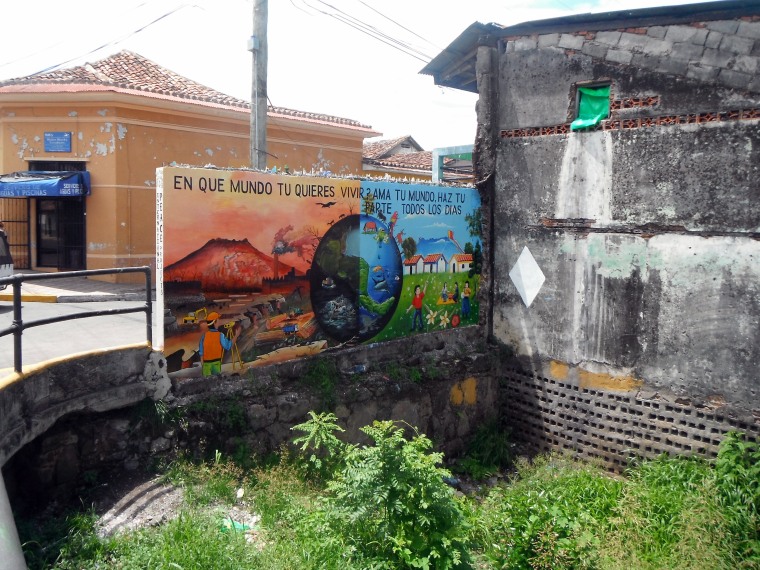 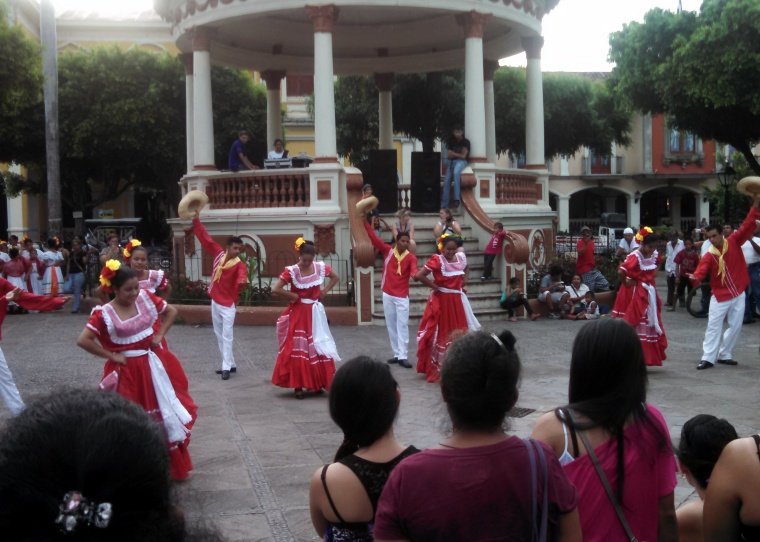 It’s a place of beautiful colonial architecture, sometimes framed by water stains and peeling paint, and rimmed on its edges by crumbling buildings and tin houses. It has survived pirate raids, earthquakes, and crippling, crippling poverty. It sits in the shadow of a volcano declared dormant, but that doesn’t mean the earth doesn’t rumble from time to time to remind everyone of the fiery possibilities of the past and perhaps the future. 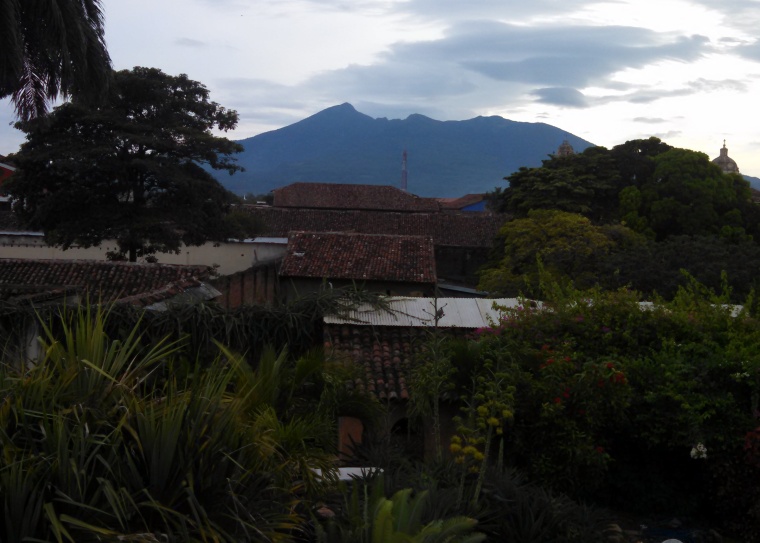 It’s hot – often paralyzingly so. I spent my days working, eating, and sleeping. There wasn’t energy for much else. And yet the evenings were so often pleasant. And the sunsets so, so beautiful. 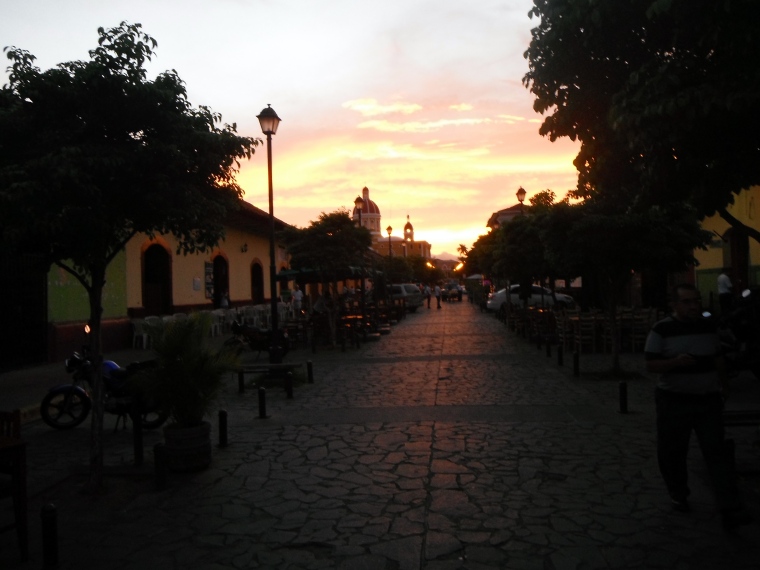 It was during those evenings that some of my favorite memories took place – that feeling of relief when the sweat finally dries from your skin; the way the low light hides the grime in the gutters and the stains of neglect on the walls; the breezes that allow you to finally let your hair down as you enjoy a fifty-cent drink at a table filled with new friends and set on a cobblestoned street. 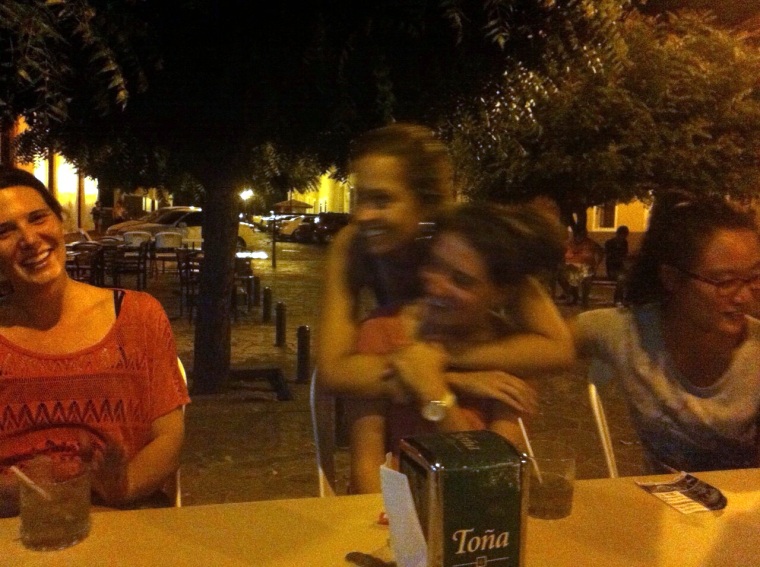 I won’t lie, there were times when Granada upset me. The night may have brought the breeze, but it also brought the danger of quiet; of men on motorcycles looking for a purse; of drunks; of packs of aggressive dogs; of cat-callers harassing women who dare walk alone. Saddest were the children who lived on the street, surviving on handouts that came almost exclusively from tourists, using their scant change to purchase glue to maintain their constant high. Sometimes they spit on people who turned their pleas for food and money down. I watched many times as they’d take a french fry and then grope the very girl who’d just offered it. And yet, people kept giving.

Those dangers existed in the day too. I knew I would look different when I came to this place. But I didn’t really consider how that would make me a target. Vendors raised their prices, men raised their voices, everyone is more aggressive when your skin is white in Nicaragua. I don’t mean to whine. I know that color comes with a lot of privilege. But it grates on you after a while. ‘I’m a person too!’ I wanted to scream. 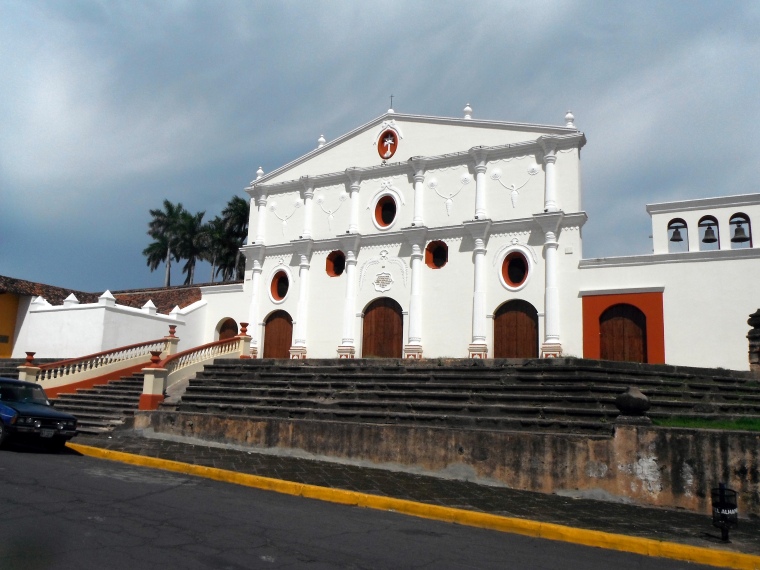 And yet, the constant movement of the city often brought me comfort. All those times we arrived at the bus station after a long weekend trip… Things were loud, but they were familiar. After the difficulties that come with Nicaraguan travel, it was always nice to arrive in a place where I knew where to eat, what to see, and how to get there. Granada is small, it’s easily walkable. You can always find friends on the street. 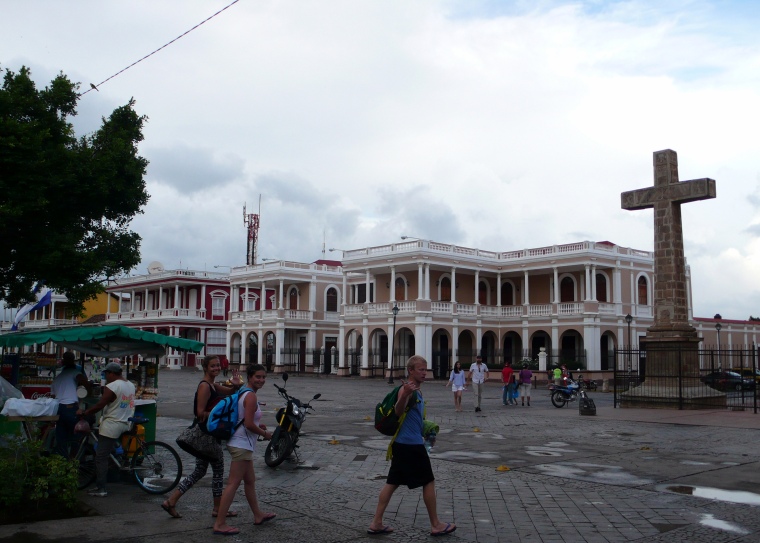 And at the end of the day, I loved it. It’s not the most beautiful city in the world, probably not even in Latin America…but it’s mine. My charming, confused, beautiful Granada.

20 thoughts on “My Granada”