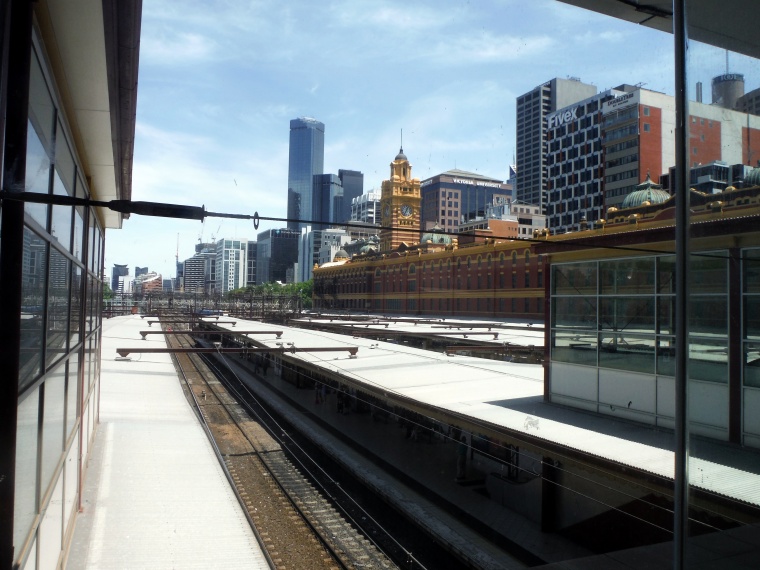 I spent 10 days in Melbourne in December.

And how many pictures do I have to show for it?

I convinced my professors to let me submit most of my final projects electronically so that I could make the 10,000 mile trip worth it with more time on the ground. But since I was student teaching full-time until the day before I boarded the plane, I didn’t have much time to get my work done before arriving in Australia. This meant that most of my days in Melbourne were spent in front of a computer screen, rather than sight-seeing.

I guess this is what travelling as a graduate student looks like.

However, my gracious host made sure to get me out of the house most evenings, and this allowed me to get a small taste of what the cultural capital of Australia had to offer. I won’t claim to be a Melbourne expert, but based on my first (and admittedly limited) impressions, I definitely liked what I saw.

So what’s a girl to do on her first visit down under (after spending a minimum of 8 hours a day on finals work, that is)? 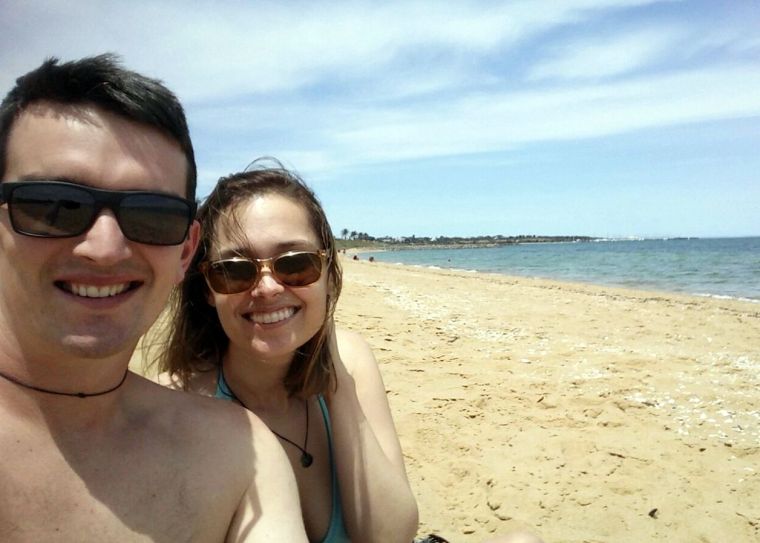 I was headed back to winter in the northern hemisphere after all, and Australia is world renowned for its beaches. While rumor has it St. Kilda is the most famous beach in Melbourne, we ventured twice to the smaller and less crowded Brighton Beach instead. It was easy to navigate public transport to get there, and while the water was a little chilly for this Caribbean girl, it was clear and beautiful and refreshing on some impressively hot Melbourne afternoons.

A city of immigrants, Melbourne is a HUGE foodie destination, and we made a decent effort to get in on that scene. We feasted on Thai, Chinese, Japanese, Turkish, and local Australian fare to great success and barely made a dent on the list of all Melbourne has to offer. 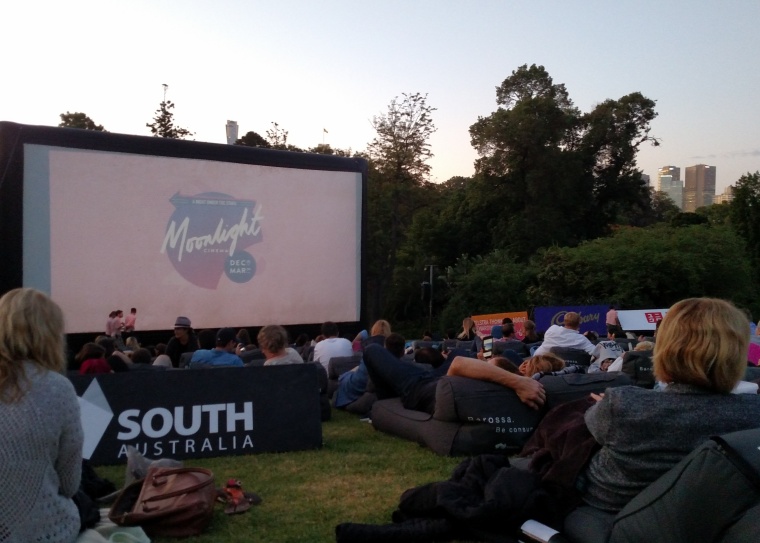 Two of my favorite Melbourne excursions on this trip revolved around movies.

We took in a movie on a giant inflatable screen outside in the botanical gardens in the middle of the city. The atmosphere was so lively and beautiful (I was so excited because I got to see a kookaburra sitting very close to an old gum tree! Childhood summer camp goals coming true!), and you can bring any food or drink along you like (we opted for beer and way too much take-out). Just remember to bring a blanket – Melbourne cools down fast in the evenings!

Later in the trip, we saw a screening of Star Wars in an old converted theater. The theater had maintained all of its original features (think extravagantly decorated ceilings and cocktail lounges in the lobbies) and even featured a prosecco and popcorn deal. Why have I never paired bubbly with movie snacks before?? 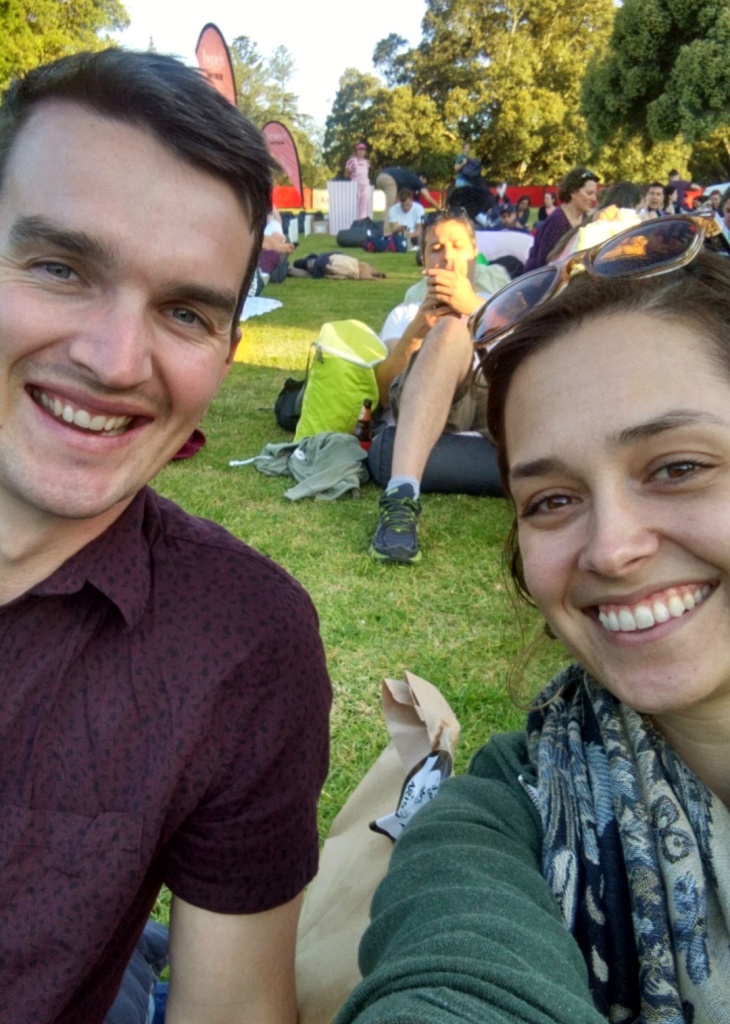 While my time exploring the city was limited, it only left me wanting more. Alas, I finished my final assignments just as it was time to move on. And as much as I was loving Melbourne, I was eager to return to a certain southern island that had captured my heart the previous August…

Christmas in New Zealand and the Abel Tasman Track was awaiting! 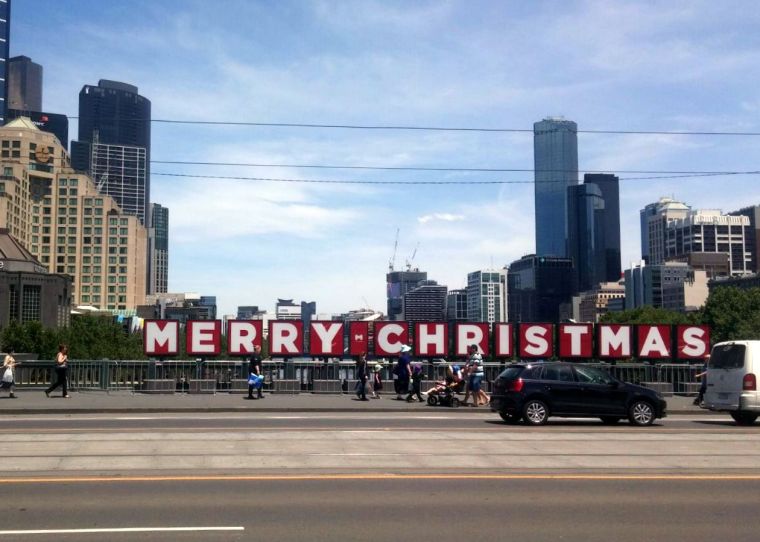