Most of our days in New Orleans started fairly late out of necessity (more on that later). So when we finally dragged our dreary selves out of bed, we hit the ground running. It turns out there are quite a few things to see in the French Quarter alone, but here are just a few of my favorites: 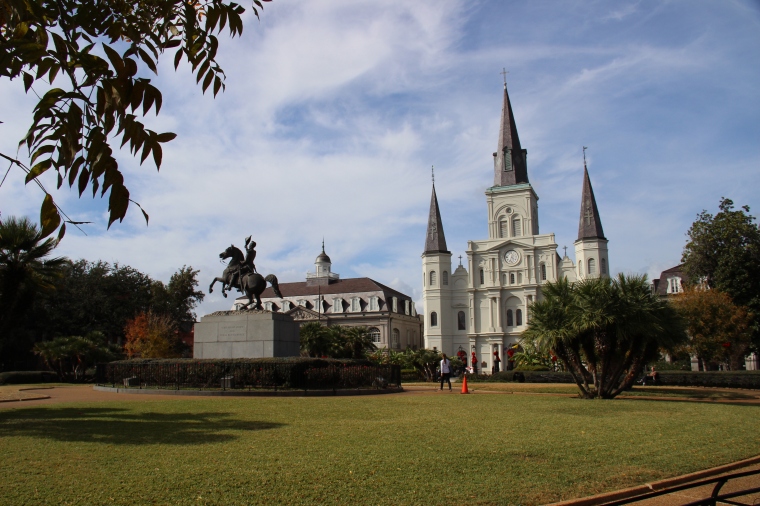 After ambling our way through the French Quarter on our very first morning in New Orleans we found ourselves in beautiful Jackson Square – home to the St. Louis Cathedral, Café du Monde, and lots and lots of carriages waiting to take you for a ride. It wasn’t long before we found ourselves climbing aboard with a merry guide and her mule, Mary Ann.

Even though we had already walked (and were destined to walk more) through the French Quarter quite a bit, taking the carriage was a perfect start to our New Orleans visit. Our amiable and knowledgeable guide spent the entire ride filling our heads with New Orleans history and fun facts that we would have never stumbled upon ourselves without lots of studying. We were also able to note places of interest to return to later. Though the price was a little steep ($90 for a private carriage or $16 per person to share), if you’ve got the dough, this is a great way to shell it. 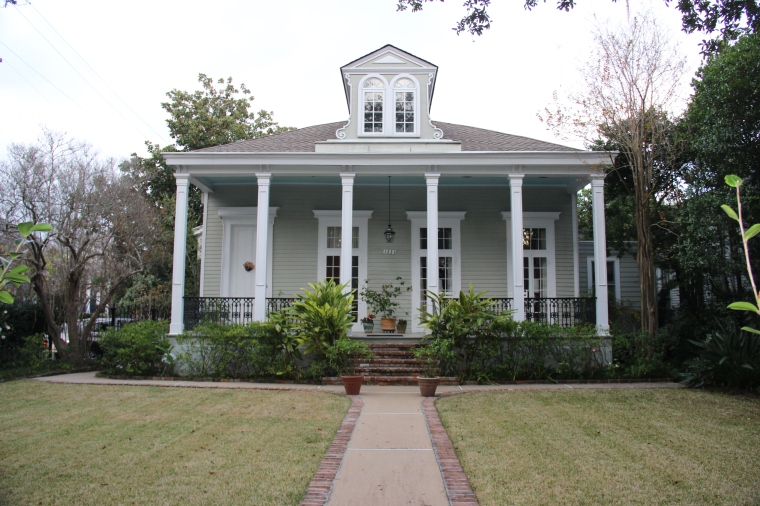 Strolling Past Mansions in the Garden District

We hopped on the trolley and spent an afternoon enjoying the lovely Plantation and Victorian style mansions of the Garden District. Once a number of plantations, owners started selling off portions of their land in the 1800s as New Orleans and its neighbor Lafayette grew prosperous. It became popular among wealthy Americans who did not want to mix with the Creoles who lived primarily in the French Quarter (though depending on who you ask, it may have been the other way around). In any case, they displayed their wealth lavishly with rows of neatly lined mansions, and today the area remains one of the best preserved collections of historic homes in the South.

Bordering the Garden District to the south is Magazine Street, a treasure trove of both high end and thrift oriented shops we wound up exploring more or less on accident. After walking all afternoon in Louisiana humidity (even in December!), this was a great place to cool down with some air-conditioning and window shopping.

As if the above-ground cemeteries and haunted lore aren’t enough, New Orleans is home to a good many voodoo shops – and you really do owe it to yourself to visit at least one. There were several we peeked into in the French Quarter alone. It was fascinating to learn about the different tools and deities of Voodoo. And while I had only ever associated the practice with curses and voodoo dolls, I was pleasantly surprised to learn how the focus of Voodoo is actually quite positive. 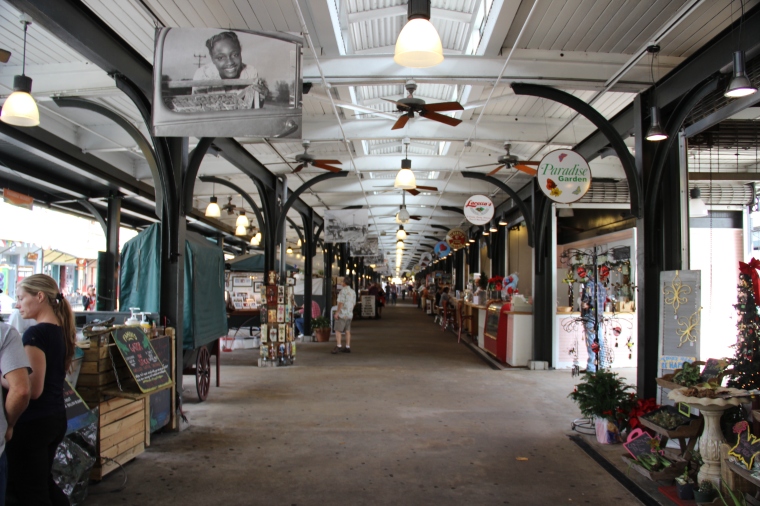 Just a stone’s throw from Jackson Square is the French Market. It’s really a feast for the senses – with all kinds of colorful crafts to see and fares to smell. We visited right after a heavy breakfast, but wandering past the food stalls I imagine this would be an excellent place for lunch. Even so, I might recommend you keep your wallets tucked away – maybe I’m spoiled by the markets in Mexico, but I found the prices here to be a little too steep – and suspect it has less to do with the quality of the goods and more to do with the location in a touristy area.

You know what, I take that back. There’s something to be said for experience. And sure, maybe you pay a couple of extra bucks, but the memory of purchasing your treasure from a beautiful market in the French Quarter versus scoring a deal on eBay is probably more than worth it. Maybe one day when I have money, I’ll do those things all the time. But for now I have to get back to being grumpy about tourist prices and bidding online…

Oh come on now, no trip to New Orleans would be complete without a stroll down the river of all American rivers. She’s our version of the Amazon or the Nile, in many ways the heart of this country, and she is very impressive to see. Did I mention she’s just steps from the French Market?

I hope you’re not offended that I’ve adopted the feminine gender for this river. After all, our American culture likes to keep geographic features sexless. But I guess I think of all things grand and beautiful and sustaining as female. So it’s seems to me natural to dub the Mississippi a woman. By those criteria New Orleans should be considered a lady too. And why not?

She sure is pretty.