While New Orleans is certainly a beautiful city to explore by day, I found that it was really at night that the city came into its own – so much so that A and I often found ourselves stumbling back to our hotel in the wee hours of the morning. For those who know me well – you know this is an anomaly. As much as I like the occasional social outing, I am really an introvert at heart who typically chooses a night in over any sort of party-hardy. But my 12pm wake up calls proved it: New Orleans made a night owl out of me.

And what were my favorite night-time activities, you ask?

The Piano Bar at Pat O’Briens

A New Orleans staple, we loved this place so much we visited every single night. And honestly, I would have been content to stay all night, every single one of those nights. The dueling piano performers were really world class, the hurricanes were strong (in fact, don’t even bother ordering them anywhere else – my non Pat O’Brien hurricanes were all rip-offs!), and the people-watching was wonderful. Everyone from bachelorettes to retired couples to international travelers filled the darkened room – and all were enjoying themselves immensely. We were lucky enough to be visiting during Pat O’Briens’ 80th anniversary, and they closed down an entire street to host a block party with live music and half-priced hurricanes. Still, I preferred the intimate piano bar to any of Pat O’Briens other bar and eating spaces (there are several of them). Trust me, you won’t want to miss this. 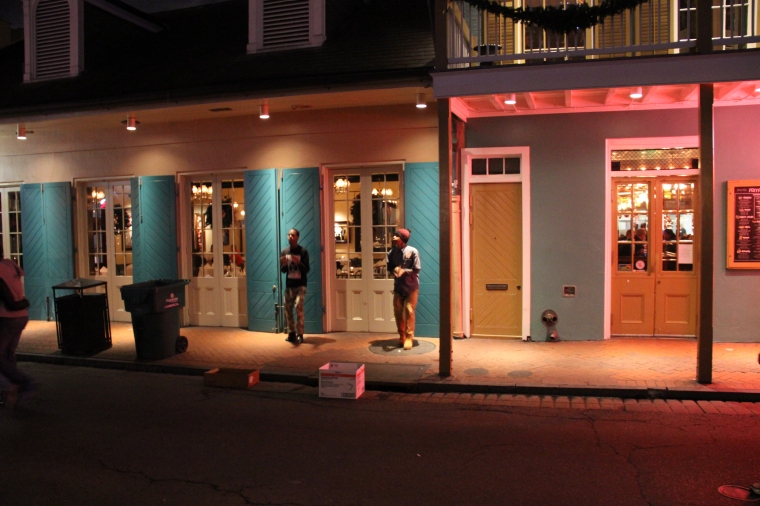 Our hotel was right on Bourbon Street, and every night we were privy to a variety of street performances. From living statues to Creole Christmas carolers to the tap dancing teenagers pictured above, you won’t go very far on any given night without someone putting on a show.

And besides the formal performers, New Orleans has got to be one of the best places for people watching on the planet. Our carriage driver on our first day joked that New Orleans just might be the largest open-air mental institution in the world – and it didn’t take long to see she was right. From the drink-happy tourists to the real crazies, you’ll find them all merrily wandering the streets here.

Because a cemetery stroll and voodoo shop visit was just not enough, we took a walking ghost and vampire-themed tour of the French Quarter with French Quarter Phantoms. We went into it with an open mind and without huge expectations, but it turned out to be a highlight of our visit! Without the spooky factor, all of the stories were based in history, and it was fascinating to hear about New Orleans times past while strolling the French Quarter at night. Our group of twenty or so was loads of fun, our guide was amazing, and I will admit, there were even a few stops that gave me the creeps (though the fact that the tour started and breaked in a bar probably helped with those goosebumps). Even the skeptics among us admitted to a good time. 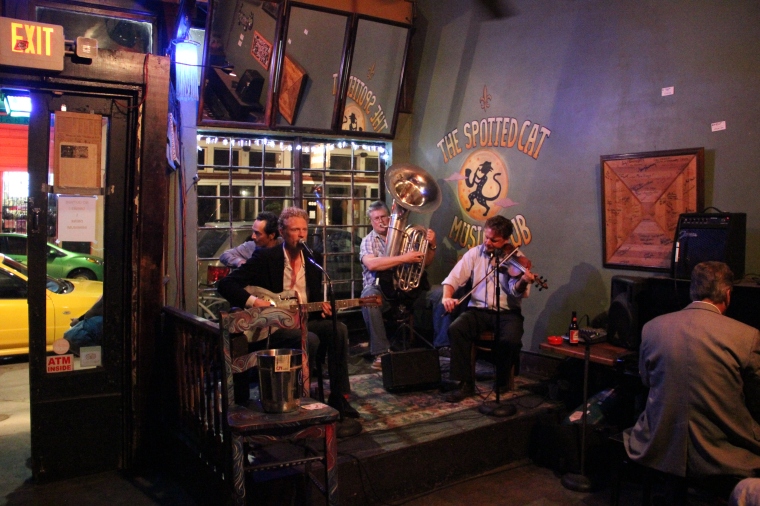 From the moment we awoke in the morning, to the moment our heavy heads hit the pillow, live music was everywhere in this city. And you know what – 90% of it is was really good – a real treat when every bar has a band. Even better, a lot of it is free! My favorite music spots? We visited Steamboat Willie at the Music Legends Park every night. And after befriending a clarinetist in Willie’s band, he led us to Frenchman Street – where the locals go for their music. A 13-block walk worth every step.

New Orleans by day is beautiful.

New Orleans by night is a whole different animal – full of surprises, plenty sultry, a little gritty, and a lot of fun.