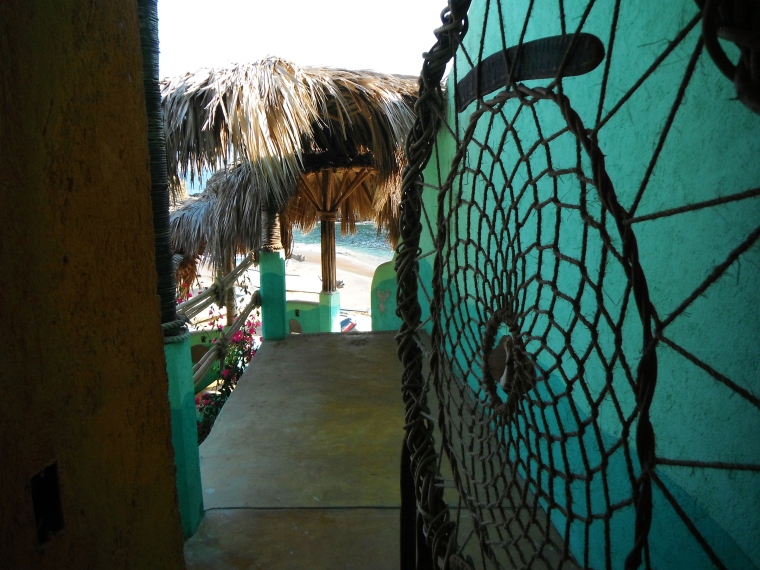 **A note to you, single reader: What follows is a rant. It is my ventings on an issue I really know very little about. I have not bothered to educated myself on any perspective other than my own. The thoughts presented below are bias and based on nothing else but my, very possibly skewed, observations. If you came to this post because you have a strong opinion and/or knowledge-base of hippie culture in Mexico, don’t plan on enlightening yourself further here. I took fingers to keyboard on this issue because that’s what helps me process things that move or bother me. I post it here because, well, it’s my blog, and I make the assumption that most of the people who make their way here are interested in what I have to say. What this is all leading up to is this: if what follows offends you – sorry, but I’m not sorry.**

Okay, so I know nothing about the group we have encountered numerous times during our travels here in Mexico other than what is obvious by the way they present themselves. I know that many of them seem to make a living selling handmade crafts, usually jewelry. I know they like feathers, because they often wear them tied in their hair and feature them heavily in the jewelry they sell. And I know that they usually are a very happy-looking bunch – smiling, jumping around and such. None of this bothers me. I love feathers. I love happy people. And I certainly have nothing against those who support themselves via art.

I also know that for one reason or another, this group of people, who in my head I have quite ignorantly labeled ‘hippies’ (due to their pleasant demeanor and love of feathers, duh), don’t seem to wear a lot of clothes. This goes for both genders. Just yesterday I saw a man walking down the street wearing only a very short sarong wrapped around his bum. The girls who sell jewelry are usually dressed in short skirts and cut-off tops. On calm days Austin and I like to swim to the next town over, described in our guidebook by its ‘old-time hippie feel,’ and several times have witnessed nudity. Once we had to add a few extra lengths to our swim in order to avoid coming ashore between the ass cheeks of a group of naked yoga practitioners. The town to our other side is somewhat known as a nude beach – except it’s not. It’s more of a beach where nudity is tolerated, but not necessarily the norm.

So that’s my problem right there. The assumption that one, likely insignificant but to the outsider, very prominent part of one culture, is cool with another.

Generally, I’m not offended by lots of skin, ladies going topless, or nudity on the whole. I think the human body is beautiful, sure. And I appreciate the idea that someone might want to celebrate that by ‘letting it all loose,’ so to speak. And we are at the beach. It’s not exactly a prudish place to be. I’m wearing a bikini too.

My beef is this: in my few months in this country, I’ve found Mexicans to be some of the kindest, hardest-working people I’ve ever met. And they’re gentle. The Mexicans I’ve met are not the type to call you out on the street for doing something they don’t like. This combined with their open generosity has brought me to feeling very protective over this beautiful culture. And I feel that these people, or hippies, or whatever you’d like to call them, are taking advantage of the local pleasant disposition.

Because the overwhelming majority of the topless sunbathers and jewelry-sellers here are not Mexican. Mexicans love the beach too, but as a whole I have witnessed them also to be a very conservative, family-based culture. Most of the Mexicans that come to the beach here swim not only with all their private parts covered, they swim with all of their parts covered – in shirts, shorts, even jeans.

The conflict is clearest to me on Sunday afternoons. Unlike the towns on either side of us, our Secret Place is not known for its hippies, and hosts a largely local crowd. But there is a small contingency that tends to linger at the calm side of the beach – the same place the families, of course, favor. And it bothers me to watch children playing a youthful soccer game while trying to avert their eyes from the topless chick who has sat herself down just a few feet away. Meanwhile, I imagine (because remember, I haven’t spoken with anyone else about this), mothers are explaining to their teenage daughters why they need to keep their shirt on while they swim.

It’s all about context. And the question of what is ‘right’ in this situation can be answered, I believe, by another question: who came first, the hippie, or the local?

My point – When in Rome, right?

Or else, what’s the point of travel at all?

6 thoughts on “My Problem With Hippie Culture in Mexico”